Light pollution and its effects on our eye health 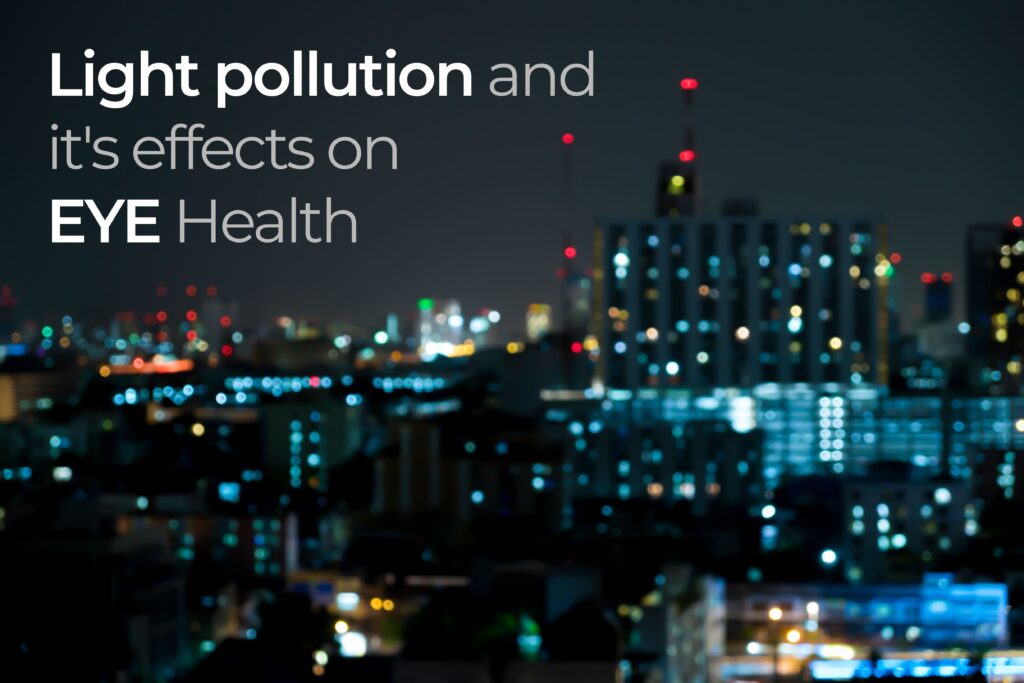 This may be the first time you have heard the term light pollution. You may think, how can one pollute light. Well, that’s not the issue here, as excessive light itself is the pollution. In this context, light means artificial light invented by humans, not natural light. Anything created by humans for their comfort and convenience will cause pollution and degrade the environment.

Light pollution is categorised into three types based on their characteristics,

Glare is the result of excessive brightness than what is needed. Glare causes discomfort as the light intensity projected in the visual range is more significant than what the eyes are adapted to process. Glare causes pain and difficulty seeing. For example, while driving, bright headlights projected straight into the eyes. You can see the light expanding in an irregular shape. That phenomenon is glare.

Clutter means different light sources with different intensities placed in a single area. It confuses the eyes as they face trouble focusing and are strained. For example, many digital billboards are placed for advertising in a city like New York Times Square.

Light trespass means the source emits the light in the wrong direction instead of where it’s supposed to provide light. For example, high-intensity street lights emitting light into the windows, billboards emitting light into alleys etc. This light trespass causes eye strain, and so much energy is wasted if the light is cast in the wrong direction.

We may never hear about the issues of light pollution, but they affect us unknowingly, causing health issues mainly related to the eyes.

Not only health effects, but there are also other effects such as,

We can follow specific protocols to control light pollution for the benefit of the environment.

We can all agree that the invention of artificial light has helped the human race develop and thrive. But, it is also affecting our lives and the environment. So, it is better to follow specific rules and regulations to minimise the effects as low as possible for the well-being of every living organism and nature. 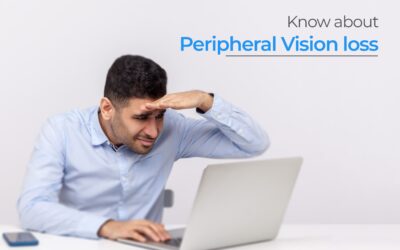 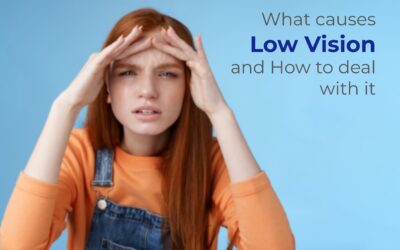 What causes low vision, and how to deal with it. 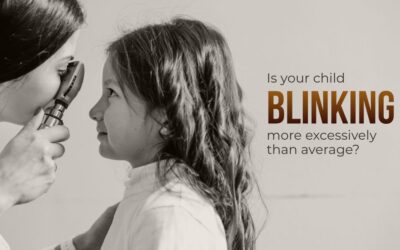 Is your child blinking more excessively than average?

Let's get in touch

Give us a call or drop by anytime, we endeavour to answer all enquiries within 24 hours on business days.

Give us a call or fill in the form below and we'll contact you. We endeavor to answer all inquiries within 24 hours on business days.
+918008228811
info@globaleyehospital.com